A Complete Guide to the Cost of Living in Delaware

From median income to home values and rent rates, taxes, utilities, groceries, health care, transportation, and other miscellaneous costs, there’s much that goes into determining a state’s cost of living. Below, we take a detailed look at individual factors that determine the cost of living in Delaware, as well as how these numbers compare to national and regional averages.

Salary levels vary from region to region and how much money you are bringing in is possibly the single most important factor in determining the affordability of your lifestyle in a given area. In 2018, Statista reported that the median household income in Delaware was $65,012, up from $62,318 in 2017, and $1,833 higher than the national average. While 2019 numbers are not yet available, the last almost thirty years of data show that Delaware’s median income has been steadily on the rise, growing from $30,804 in 1990 to more than double that amount in 2018.

While a certain amount of pay inflation is expected over nearly 3 decades, it’s interesting to note that the median household income across America only rose from $54,621 in 1990 to $63,179 in 2018. Why the historical overview? It’s always helpful to put cost of living numbers in context, and Delaware is a state whose economy has considerably improved and is still improving, with a median income that is currently above the national average.

Taxes, of course, also play a substantial, if less immediately obvious, role in cost of living calculations. A big draw for many out-of-state transplants is that Delaware is one of only five states that do not charge sales tax. Really! As of 2018, other states pay anywhere from 7.25% in sales tax (California) to 2.9% (Colorado). Beyond not charging sales tax, Delaware also has no personal property taxes, no social security tax, no inheritance tax, and low property tax rates.

Whereas the average American household spends $2,279 on property taxes every year, the annual taxes on a Delaware home priced at a state median value of $238,600 is just $1,329, or 0.56%, making Delaware property taxes the sixth lowest of all 50 states plus the District of Columbia.

Delaware vs. US Cost of Living

Even though Delaware ranks slightly higher than the national average, if you're looking to be on the East Coast then it's not a bad idea to consider this small state as Delaware’s costs of living are often lower than costs in many neighboring states. Best Places rates Maryland’s overall cost of living index at 113, New Jersey's at 120.4, Pennsylvania's at 92.5, Virginia's at 103.7, and New York's at 120.5. Its overall cost of living compared to neighboring states, combined with its favorable tax laws, makes Delaware a desirable retirement location for many.

Cost of Living by Area

The Blenheim Homes family is over 40 members strong. Some team members have been with us since we first opened our doors 35 years ago. Others are new additions, bringing fresh ideas and experience.

The Best Places to Retire in Delaware

Delaware Real Estate Tax - How Much Will I Pay?

A Guide to Kitchen Flooring ...

The Best Places to Live in Delaware

A Complete Guide to the Cost of ... 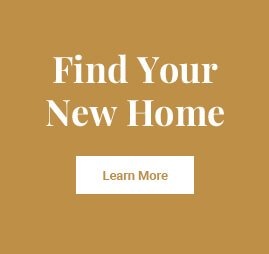 Enter your email and we will keep you posted with news and updates!